Though the term “Afropolitan” is fairly controversial, arguments for and against it share similar qualities, espousing a mutual objective: an embrace of the cultural nuances and complexities of African culture and the individuals who define themselves as African.

In Bye-Bye Babar, Selasi emphasizes the ever-evolving landscape of African culture and the African experience while condemning generalizations. Afropolitans are presented as a distinct group of individuals, a social class, differentiated from the rest of Africa by their eclectic cultural upbringing and relationship to the continent, education and wealth.

The narrative that surrounds Selasi’s notion of the Afropolitan is similar to that of many young professionals whose parents or grandparents emigrated from other countries and established themselves in America and Europe.

In reference to the term, she states:

“You’ll know us by our funny blend of London fashion, New York jargon, African ethics, and academic successes. Some of us are ethnic mixes, e.g. Ghanaian and Canadian, Nigerian and Swiss; others merely cultural mutts: American accent, European affect, African ethos. Most of us are multilingual: in addition to English and a Romantic or two, we understand some indigenous tongue and speak a few urban vernaculars. There is at least one place on The African Continent to which we tie our sense of self: be it a nation-state (Ethiopia), a city (Ibadan), or an auntie’s kitchen. Then there’s the G8 city or two (or three) that we know like the backs of our hands, and the various institutions that know us for our famed focus. We are Afropolitans: not citizens, but Africans of the world” (Selasi, “Bye-Bye Babar”).

This is indicative of a reimagining of, perhaps, the characteristics, behaviors, economic and social statuses society deems to be African. However, the term is often viewed as problematic

On one hand, Africa is one of the most stereotyped, overgeneralized continents on earth. It is habitually portrayed with narratives of extreme poverty, hunger, war, lack of education and disease. There is also an intrinsic belief that it is in need or of being saved and this, rescuing of sort, can only be achieved through action taken by the west. These narratives are portrayed in all forms of media and overshadow the cultural, political and societal nuances of Africa and its many countries.

In A Deep Humaness, a Deep Grace: Interview with Chris Abani by Yogita Goyal, the author introduces his readers to Abani’s stance on creative writing and the notion of the “African” writer. Abani is a noted Nigerian novelist, author of several books, most of which have achieved critical acclaim, as well as poetry, plays, screenplays and critical essays. In reference to his own work, he states that it is “post- national and global not in its reach, but in its attempts to locate a very specific African sensibility . . .” Abani refers to African writers as “curators of the continent’s humanity”.

This is a particularly poignant statement. It, inevitably, gives way to examination of whether or not African authors or authors who identify as such, should be deemed “curators” at all, or if a handful of writers, with varying relationships to the continent, should be given the task of curating its humanity, deciding what subjects, cultural and social aspects are relevant, worthy topics of literary exploration.

The central question becomes: should authors like Selasi be deemed as representative of the collective voice of Africa? Given the vast, landscape of African culture, can a collective “African” voice exist? Abani goes on to state: “women dominate the new global placement of African literature” whereas “men dominated the first generation.” Thus, authors like Selasi, Chimamanda Ngozi Adichie and others are a part of this new generation of writers, shaping and expanding narratives related to Africa and the African experience but, also, a multicultural experience influenced by other parts of the world yet still, inherently, African.

In Selasi’s writing, positive and negative dimensions of the terms Afropolitan and Afropolitanism can be fully realized. In Sex Life of African Girls, there exists a wonderful distillation of language and a rhythmic quality that is international but never deviates from African roots.

The inherent poetry of the language in Ghana Must Go and her approach, choosing not to treat the reader as though he or she is a stranger in a foreign environment, but rather an entity welcomed into a world full of familiar sentiments, characters, circumstances; all the workings of that which is universal, distinguishes Selasi from other novelists.

Rebecca Nichloson is an innovative interdisciplinary artist (creative writer, theatre maker, singer/songwriter, and visual artist), as well as a communications specialist with expertise in public sector communications and public relations. She has written numerous essays and articles on literature, media and theatre, in addition to completing two television pilots: Human Behavior and American Wildwoods. She is the author of over a dozen full act, one act, and ten-minute dramatic works, such as Hello I’m Eve (winner of the 2013 Jane Chambers Student Playwriting Award), Remnants, Cooking with Keisha, Rose Out the Pavement, Collision with Cake, The Applicant, Big Black Pot, Chocolate Barbie, The Dramatist, Big Man/Little Man, Jemima, Charlie Horse, and Bird Man. Her works have been developed and work shopped at the following venues: The Playwright’s Center of Minneapolis (where she was a Many Voices Fellow for two residences), Harlem Classical Theatre (playwrights playground), The Fire This Time Festival, Signature Theatre Company (as part of Columbia University “New Plays Now”), Shakespeare’s Sister Theatre Company, Penumbra Theatre Company (Gym Workshop), Pillsbury House Theatre, Bedlam Theatre and Gremlin Theatre. Rebecca holds a M.F.A. in Playwriting from Columbia University School of the Arts and a M.A. in English Literature from Mercy College School of Liberal Arts. She is also the recipient of the Liberace Award, the Howard Stein Fellowship, the Matthew’s Fellowship, and an America-in-Play Fellowship. To learn more visit www.rebeccanichloson.com View all posts by Rebecca Nichloson 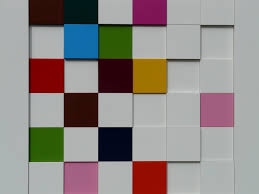